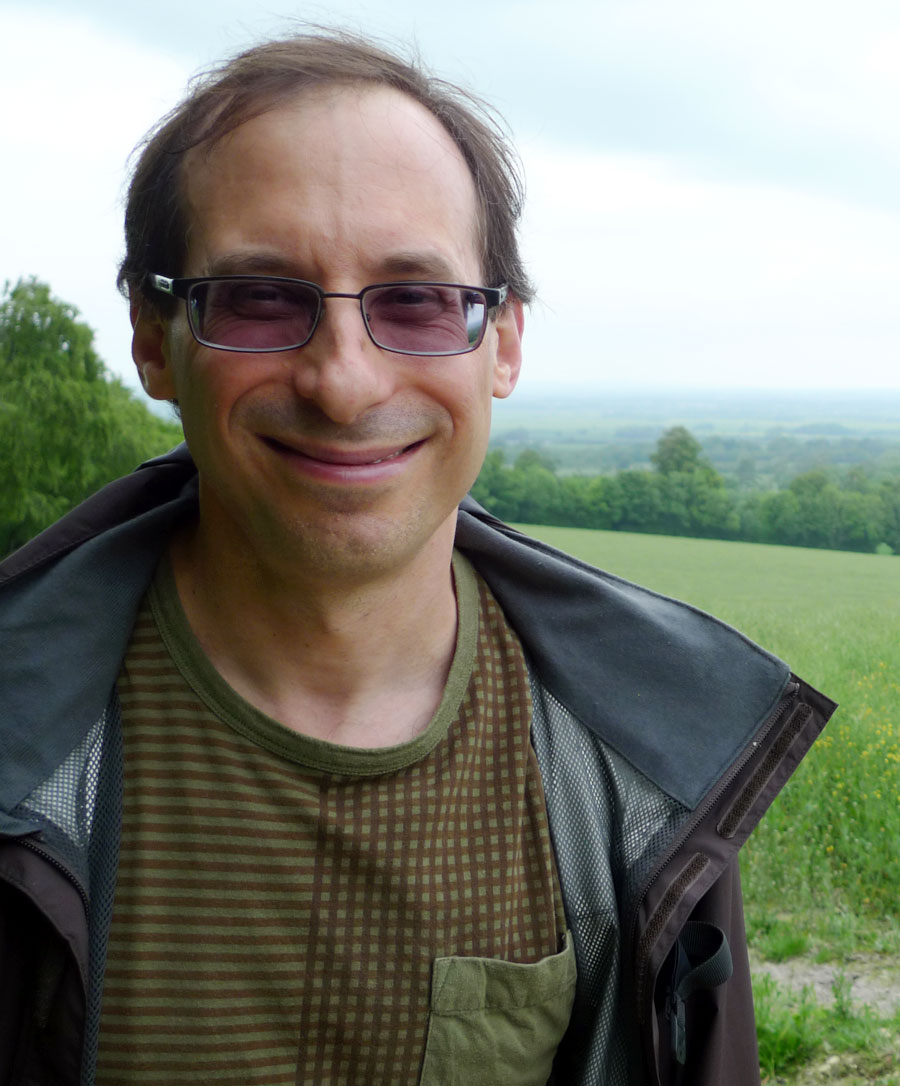 He has been studying Indonesian performing arts since 1988 as an anthropologist, historian and performer.

His books include Demon Abduction: A Wayang Ritual Drama from West Java (Lontar, 1998); The Komedie Stamboel: Popular Theater in Colonial Indonesia, 1891-1903 (Ohio University Press and KITLV Press, 2006), winner of the Benda Prize from the Association for Asian Studies; Performing Otherness: Java and Bali on International Stages, 1905-1952 (Palgrave Macmillan, 2010); The Lontar Anthology of Indonesian Drama, Volume 1: Plays for the Popular Stage (Lontar, 2010); and Inventing the Performing Arts: Modernity and Tradition in Colonial Indonesia (forthcoming from University of Hawaii Press).

He is the current chair of ASEASUK, the UK’s national subject association of Southeast Asian studies; an editor of Asian Theatre Journal; and a former fellow of the Netherlands Institute for Advanced Study and the American Council of Learned Societies.

He performs wayang puppet theatre internationally under the company banner Kanda Buwana, a stage name given to him by the sultan of the royal house of Kacirebonan along with the royal title of Ki Ngabehi (equivalent to a knighthood) in recognition of his international contributions to Indonesian arts and culture.

Prak! Prak! Ke-tho-prak! A Javanese form of costume drama named onomatopoeically after a percussion pattern played on a hollow wooden box or keprak by a wooden mallet. With a rhythm like the ba-dum-dum of a nightclub drummer punctuating a joke, a pattern to jolt the body into action. This is no breakdancer’s pop or hit. Not spasmatic, robotic, and alientated jerkiness, nor uncanny dehumanization. Rather the warm wood-on-wood sound of ke-tho-prak invites, but does not command, a punctuated dance movement, a head weave-and-bob or shoulder brace. The timbre calls to mind the wooden slit gong or tong-tong which in Javanese villages summons Muslims to prayer or, played more urgently, signals alarm. But with some rare exceptions, the raucous and sometimes rude kethoprak (also spelled ketoprak) theatre is not for the pious, nor does it generate apprehension. It is instead gently nostalgic, audibly detectable in the echoic sound of its name, with a built-in temporal distance of the trilled ‘r’ separating the implosive ‘p’ and the glottal-stop ‘k’ of prak. It is popular culture out of a different era, r-r-r-restoring and r-r-r-re-interpreting the past in the present. Like vaudeville or music hall, kethoprak is an entertainment for the semi-literate masses—sometimes sentimental or melodramatic; alternately comical and horrific; thrilling to some, kitsch to others.

The photographic subjects of Project Tobong are silent. Actors are posed in full costume and makeup, all batik and glitter. They embody the codified gestural language of the stock parts undertaken in performance. A hand resting on a hip or a clenched fist to display defiance. Eyes looking into the distance, signifying pining and unfulfilled desire. Hands demurely covering the groin to demonstrate modesty. Lips pursed and brow furrowed to indicate intense effort. Nose in the air to connote aristocratic status and distance from the world. Hand in front of a mouth to conceal a smirk or chuckle. But there is no dialogue, no accompanying gamelan musical orchestra, no audience chatter or laughter to be heard. Absent too are the decorative proscenium arch to frame the plays in Java’s storied past, stage lighting to mute thick makeup, and the tobong – the mobile theatre traditionally constructed from woven bamboo and thatch which is the company’s home and work environment.

In the absence of words and sounds, it is left to the viewer to determine a dramatic narrative to make sense of the posed tableaux confronting the anachronisms of kethoprak, as a cultural system or distinct art world, with the vicissitudes of Indonesian modernity. American anthropologist James Siegel, in his Derridean ethnography of popular culture in late twentieth-century Java, Solo in the New Order (1986), tells us that in photo calendars and posters traditional Javanese theatre artists are typically posed in outdoor settings such as hotel gardens, in which the markers of the everyday visibly intrude. Viewers are selectively inattentive. When pressed, viewers recognise an actor might be too old for a part, that a stalk of corn ‘should not be there,’ or that an ancient temple should not be in ruin but in pristine condition to fit a story’s temporality. But these discrepancies do not discomfit. They are not uncanny or what Siegel analyses as aneh. Any index of the contemporary moment is instead to be ignored. Discordant details are present ‘simply because the camera sees indiscriminately,’ reports Siegel. Project Topong’s tableaux are anything but indiscriminating. Locations and props and co-actants are strategically selected to rub ironically and intentionally against kethoprak’s grain.

In ‘Train Station’, we see a bare-chested, long-haired king, with a peaked golden crown, weighty gold earrings and necklace, tattoos, poleng skirt and blackened face showing unbridled power, thick false moustache and painted beard, sitting on an arm chair. He stares piercingly at the camera, his fingers interlocked on his lap, his legs spread wide. Beside him are three other kethoprak characters of apparently lesser rank. A younger woman with a silver tiara, bright red bodice and flowery batik Belanda skirt is pleasantly plump and either a junior wife or daughter—her intimacy with the king is shown by the way she casually rests her hand with silver rings and pink nail polish on the king’s shoulder. The king’s relation to the other two characters is less legible. Judging from costume and proxemics, one might be a senior wife, the other a courtier or confidant. Backing them, inexplicably, is the open carriage of a freight train packed with cement bags. A rusted iron pillar and cement floor tiles suggest we are at a station. The bags are on their way to somewhere else. Another site is to be developed. Kethoprak itself is shown to be immobile, static, fixed.

The subject of a related image, titled ‘Airport’, is a long-haired young warrior, with showy purple vest and pants, a keris tucked into a bright red sash tied jauntily around his waist. He stands in a field with a discarded pack of cigarettes in the foreground and weeds in the back, and aims an invisible arrow at the sky. Behind him, unnoticed, an AirAsia plane is taking off in a steep incline. Inevitably, we recollect the ill-fated Indonesia AirAsia Flight 8501 which took off from Surabaya on 28 December 2014, stalled over the Java Sea after an abnormally steep climb, and crashed, causing the deaths of all 162 on board. The image does not ascribe blame for the accident. The archer does not aim at the plane. But it does raise questions. What sorts of aviators are responsible for today’s ascents into the sky? Are they heroic and patriotic like the knights of yore, bound by the code of the kesatriya and an ethos of responsibility? Or faceless profiteers?

‘Aircon’ positions a moustachioed king, bare-chested and thick-armed with a high red crown next to a double-fanned Korean air conditioning unit. Eyes crossed in an attitude of madness, he embraces the machine. An ear is cocked near the fan, suggesting attentive listening and the confusion of an inanimate object for a person.This improvisation with a fan is a take on a stock scene in the classical theatre in which a king in the throes of love, such as Klana in the Panji story cycle, confuses a pillar or an animal or a man for the princess of his dreams. The ridiculousness of the moment is underlined by the two muscly young warriors the king’s left, one with an amulet around his neck to protect him from harm, who point and laugh at the king’s foolishness. Air conditioners might sigh and groan and blow cooling air into an aroused ear. But they are not going to respond to affection.

Kethoprak arguably has always delighted in anachronisms and thrived under conditions of ideological clash. It emerged suddenly in Yogyakarta in the mid-1920s in a time of political confrontation and involved the adaptation of cosmopolitan culture (Hollywood toga dramas, Chinese operas, Malay musical theatre) into local idioms. It flowered in the 1970s as a form of culture for the ‘little people,’ mostly elderly women who were monolingual Javanese speakers displaced from agrarian work by the green revolution and ignored by government modernization programmes. The arrival in the 1990s of ketoprak humor, a televisual adaptation of the stage drama, cast young television stars and starlets as princes and princess who, with their poor or non-existent skills in Javanese language and culture, were fair game for ridicule by clown characters. Seen in this light, Project Tobong is not a contradiction of kethoprak but its logical development.